The example shown below was created with the API with about 120 characters but when opening in the UI it shows the warning and does not allow any changes to be made until the name is under 80 characters. 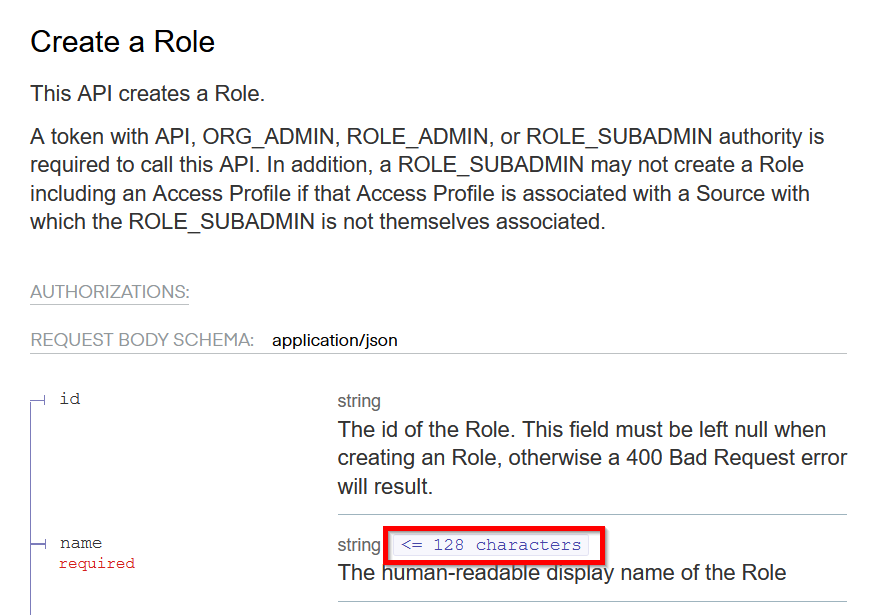 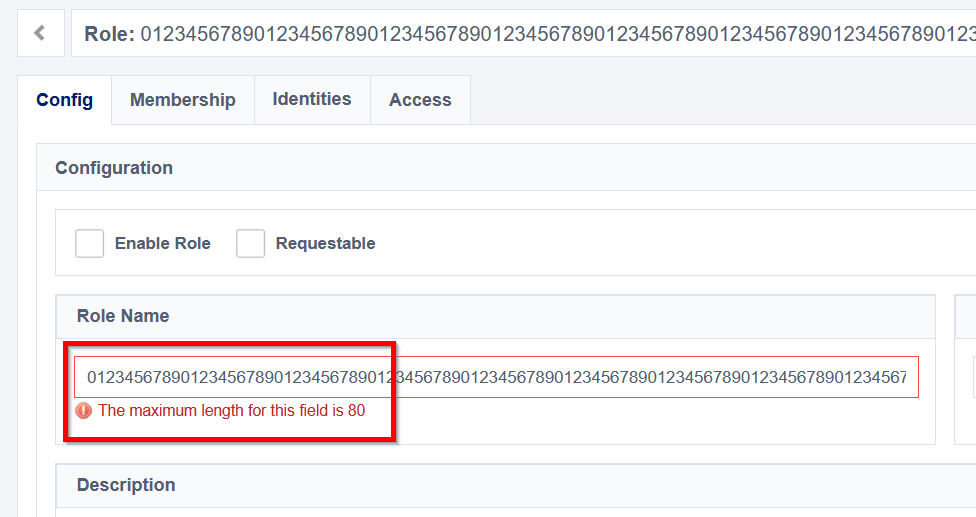 I would also like to point out the Creation API allows creating multiple Roles with the same name, which is not allowed in the UI. 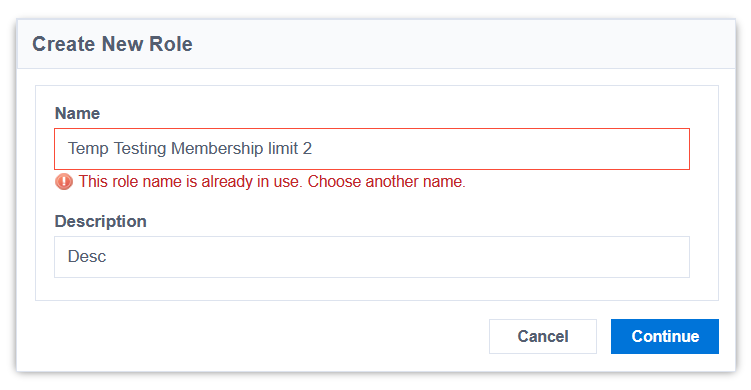 Thank you for bringing this to our attention. I will create the appropriate bug tickets so engineering can fix these issues. It looks like our UI is using the /cc/roles API instead of /beta/roles, so it may take some time to identify the correct course of action to fix this.

@ethompson Engineering has informed me that the UI is being upgraded to use the /beta/roles API as we speak, so the character limit will not be an issue before long. The changes should take effect by end of June. As for the duplicate name issue, it is a known bug and should be getting a patch soon. The correct behavior is to not allow duplicate names.

I can see the Roles / Access Profiles are using /beta in Sandbox. Is there anywhere to see when these changes are made? Or are there only release notes when releasing to Production?